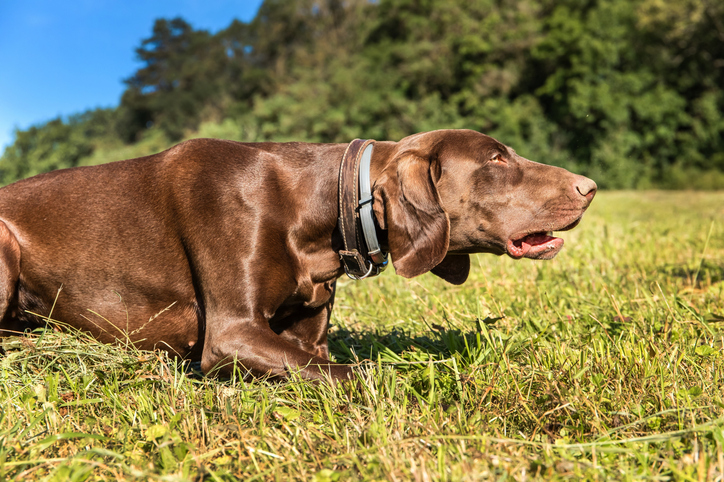 Some dogs are content to just sit on the couch. Others have a real need for activity. Many hound dogs need to be given the time to get their energy out, but they’re not the only ones. Let’s close look at tracking and hunting sports for dogs. These are sports that you might consider for your dog if they’ve got excess energy to expend.

Tracking and Hunting Sports for Dogs

For as long as people and dogs have lived together, they have helped each other. Dogs would help by providing protection for people, and people would provide food and shelter.

Eventually, as people and dogs formed a more solid alliance, people would favor certain kinds of dogs based on how well they would complete tasks. This is how we got herding dogs, sight hounds, and scent hounds. Dogs served a vital purpose. They could help on the farm, or they would simply provide protection for their owners.

It makes sense that centuries of selective breeding wouldn’t disappear in a few hundred years. This is why so many dogs still have hunting instincts. Your dog might want to chase squirrels or rabbits. Or they might possibly bark at neighbors when they walk by the window.

So many dogs still possess these instincts, and many people can put those instincts to good use. Not only can training your dog for tracking or hunting help them get our extra energy, it can help boost their confidence. It also helps strengthen your relationship as it’s not only training for your dog, but for you. Below, we go through some of the most common teaching and hunting sports for dogs.

Barn hunt is a sport where you dog must use their nose to search for a rat in a tube. The rats are placed in a tube for their safety. The point is not for your dog to kill the rat, but rather for them to flex their scent muscles and hunt them down in a course filled with straw bales.

Many people find that their dogs thrive after participating in a barn hunt event. Not only does the dog get the chance to exercise by climbing on the hay bales, but they are rewarded with a sense of achievement after successfully finding the rat.

Coon hunting is where a dog is used to hunt after a raccoon. Traditionally, the dog would be a coonhound, but almost any dog can participate. They would also hunt a raccoon for its fur and meat. Today, the sport is more of the catch and release variety. The dog is meant to send a raccoon into a tree, then the raccoon is allowed to leave without being harmed.

If you’re interested in coon hunting, be sure to check your local regulations. Most states require a trapping license to even train a dog for coon hunting.

Earthdog trials are meant more for dogs that are of small stature. Traditionally, terriers and Dachshunds were the dogs used in this trial. Earthdog tests involve chasing after an underground animal, usually a rat. Today, these trials involve man made tunnels where a dog has to use its sense of smell to hunt after a rat and display aggressive behavior toward it. This can be pawing, barking, scratching or digging around the animal. The rat is protected the entire time by wood bars.

Field trial is a sport where a dog must retrieve a bird to their master. Because this sport involves fetching a bird that has been shot, the most common dog to compete would be a gun dog. These dogs are used to sitting still, being quiet and also taking directional commands from their handler.

Hare coursing is a sport that is done mostly by sighthounds. It involves having the dog chase down a hare, but the sport is not necessarily meant to kill the hare. There are many variations on the sport, but it is mostly meant for the dog to overtake the hare rather than kill it. Though, the sport is also used as a form of pest control.

In recent years the sport was banned in Scotland, Wales, England and Northern Ireland. Coursing is a sport practiced in many countries throughout the world.

Other Popular Hunting Sports for Dogs

There are many other sports that you and your dog can participate in including:

Working together to achieve a common goal is a great way to form a stronger relationship. If you’re interested in any of these sports for you and your dog, check the internet for events going on in your area. You may just find a new activity you and your dog can enjoy.