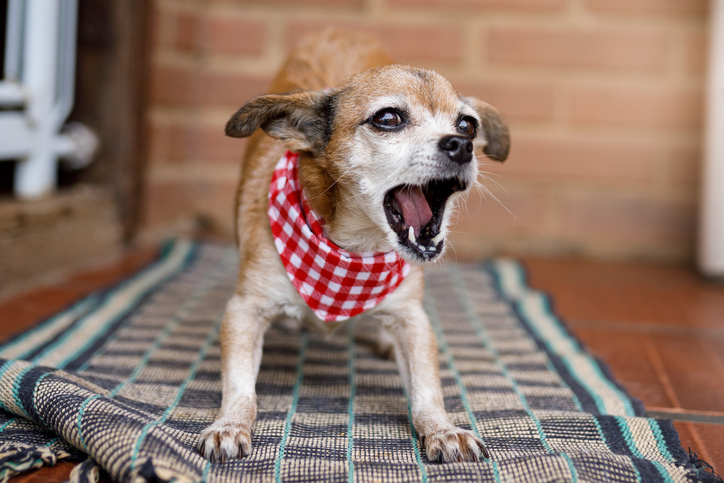 Barking is something that all dogs do, and it’s not a bad thing. When your dog barks, they are alerting you of what’s going on. However, some people don’t want their dogs barking at certain things or in certain situations. In this post, we will share with you how to stop your dog from barking so that it can be the perfect companion.

Identify the Reason Behind Your Dog’s Barking

It might be frustrating to have your dog constantly barking at everything. If you feel like you just can’t get any peace, the first step to stop their barking is to figure out why they are barking. Take note of what your dog is barking at.

Some common reasons for a dog to bark include:

Once you figure out the reason your dog is barking, you can start work on getting them to stop. This can be a difficult task, but it is not impossible. If your dog is lonely, you might give them treats to get their attention and offer some affection when they’re not barking. They’ll start associating being alone with feeling good which will make the loneliness a little less troubling for both of you.

Some dogs bark because they are scared or anxious about something; try giving them food rewards before putting yourself in situations where this behavior occurs (like leaving) so that they have an outlet other than barking to release tension. If your dog barks out of excitement when friends come over, teach him how to greet people politely instead- like sitting calmly at first then slowly getting up afterward if he wants to approach someone on his own time.

Train Your Dog to Stop Barking By Using a Bark Collar

If commands don’t seem to be doing the trick, you might step up your training game. A bark collar can help curb your dog’s barking. A bark collar usually is an electronic device that has two metal prongs that touch your dog’s neck. when the collar detects barking, it gives the dog a small shock. The shock is usually rather harmless, but it sends the message. It gets the dog’s attention, and the dog eventually learns that they will be shocked each time they bark.

A bark collar works while it’s on your dog, but what happens when you take it off? Most dogs learn that the shock comes from barking during their training sessions and will eventually stop when they are wearing it. However, other dogs might carry on where they left off as soon as the collar is removed.

If a dog continues to bark with or without the collar, you can try giving him a negative association by using an e-collar cover that has smells like citronella spray or lemon-scented essential oils in order to startle them into thinking about something else. It’s also important to note that most people have stopped using muzzles to control barking. Muzzles can restrict airflow, and they don’t actually stop a dog from barking.

Give Your Dog Attention When They Don’t Bark

The most effective way to stop your dog from barking is to give them positive reinforcement when they don’t bark. This can be done by rewarding them with attention, food, or treats when you notice that they are not barking. Praise is also a good way to show your dog that you are happy with the sound of their silence and might help reset their “barking threshold.”

While this is the most effective solution, it’s also one of the most time-consuming. It requires that you catch your dog doing something right. This means you’ll have to have an attentive eye and jump at the chance to reward them.

Teaching your dog to do a command can also be an effective way to stop barking. Teach them a command like “sit” and use it when they start barking in order to get them back on track. This can help redirect their energy, or it can just be a way to get their attention away from the thing they are barking at. Be sure to always reward when your dog follows your command to reinforce their behavior.

This last tip is more of a lifestyle change, but it can really help an anxious or wound-up dog. Be sure they are getting enough exercise. A dog that doesn’t get enough exercise is going to jump at the chance for entertainment. Barking at anything is going to be better than just laying around all day like they did the day before. Get them outside and burn off that extra energy.

Be sure your dog has plenty of mental stimulation, like chew toys and interactive games. This will reduce their anxiety levels and increase their ability to focus on you instead of barking at whatever is going on in front of them.